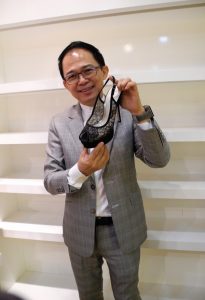 Cinderella and her glass slippers is a beautiful fairy-tale, but this is a real life story of success and determination involving shoes.  It also brings forth the passion and inspiration of a humble man whom I had the pleasure of being acquainted with recently.

Much has been written of him both in print and digital media; many a live interview ran and even a documentary broadcasted by the BBC.  Some have described him as the shoemaker to royalty, an ambitious and persistent gentleman or even defined him as a life coach.

A week before the fateful meeting, I was scouting for shoes and had chanced upon a Lewré outlet in Kuala Lumpur. Having had experience in selling shoes at Oxford Street in those college days of yore, it has always been a habit of mine to check the inner and outer soles simply to tell if a shoe has been well crafted for comfort and stability. Suffice to say, I was rather impressed.

Coincidently, I was invited to lunch with fashion designer Bill Keith and there he was – the founder and design head of Lewré himself, fitting a customised elegant pair on Ling Tan, our own Malaysian supermodel based in New York. Two days later, I had the one-to-one opportunity to hear from the maestro himself at his office in Oasis Square, Ara Damansara.

It all began in a rubber estate in Tapah, Perak for Lew Fong Voon who is best known as Dato’ Lewré Lew.  Brought up in a family of 15, Lew had to help out in the laborious industry of rubber tapping. “Imagine waking up before the crack of dawn, then making your way through the rubber estate where leeches are awaiting, and hearing the roar of a tiger in the distance,” he explained while showing me the very knife and bowl that had been used to obtain the valuable latex. From the age of 8 and until the end of Form 5 such was his daily routine. Life then was indeed very tough.

A consolation though, was the wonder that little Lew had felt as he witnessed the beautiful rays of sunlight filtering through the leaves of the rubber trees and sweeping over the forest floor. “The first ray would spread out and light up the rubber estate. That light was like a ray of hope for me,” he reminisced. 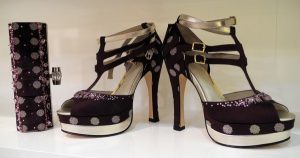 Maroon Songket-woven fabric T-strap specially designed for veteran performer Anita Sarawak. It was the result of Lewré’s collaboration with TANOTI of Kuching.

Upon completing school, he boarded a train to Kuala Lumpur and began his first job of loading nuts into boxes in accordance to size at an automobile company. He then moved into sales and marketing where he emerged as the top employee.

In his mid-twenties he was lured to Johor to market a shoe company’s products and it was in their research and development department that he literally fell in love with shoe making, as Lew described it.

In 1986 he was encouraged by a customer to form a start-up in that very industry. “I had no capital so how was it possible?” the thought rang in Lew’s mind.

The solution was to sell his own car for RM25, 000 and raise the money needed to put the shoe venture into motion.  Soon their wares were being sold to the Singaporeans, Australians and even the Dutch.

In 1991, Lew accompanied a MATRADE delegation to the GDS shoe fair in Germany and was overwhelmed by the immense size of the exhibition.  At the time most had little knowledge of Malaysia, so Lew and the other 8 Malaysian participants received minimal response. In the following year, Lew was the only shoe exhibitor from Malaysia who was still persistent enough to continue.

“There was much to learn from the other shoemakers and I eventually received orders in 1994 at the fair,” he explained. 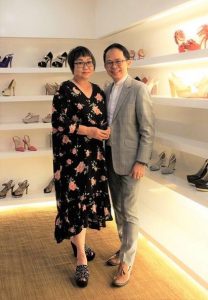 However, the most significant year was 1995 when the iconic Dato’ Jimmy Choo dropped by his booth at the GDS exhibition. Caught by surprise, Lew was stunned by his presence. “Jimmy Choo looking at my shoes? I was so excited and at the same time scared of what he might think of my shoes, but he said ‘beautiful’. So that really was the best compliment possible and boosted my confidence a lot”, said Lew.

Encouraged, he went on to establish his own brand Lewré, bearing his surname ‘Lew’ and incorporating ‘re’ which sounded like the very ray of sunlight that had entranced him in those days at the rubber estate.

Lew, who is the CEO and design director of Lewré International Sdn Bhd has turned home grown footwear into a brand that boasts global recognition.

Today, Lewré is sold in more than 40 countries with outlets in the United Kingdom, Spain, Italy, Australia and New Zealand, just to name a few.

With its somewhat French-sounding name, it has even caught the attention of royalty and celebrities alike. Nonetheless, Lew was quick to point out that he is very proud of the Malaysian identity. “It is a Malaysian brand and we are exporting worldwide.” 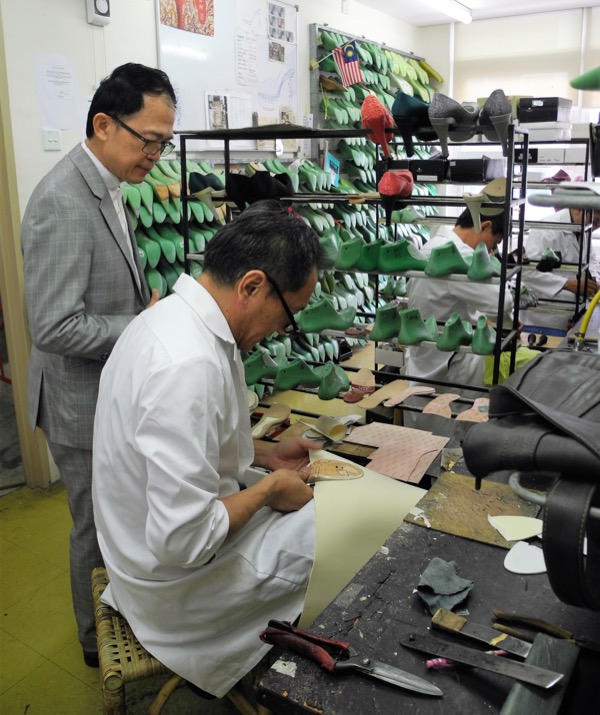 Dato’ Lew has always been the key person throughout the production of the brand’s shoes, working very closely with his experienced craftsmen.

There are numerous stories that one could cover on Dato’ Lewré Lew that would easily fill many pages. His tough childhood had taught him to persevere and be determined to strive for better. Despite the accolades to his name, he remains generous and believes in sharing his knowledge, particularly with the young. In 2016 he was invited to Kensington Palace, London to receive an award for the Lewré brand which had been judged a winner at the World Branding Awards.

The award in question is proudly exhibited at his VIP showroom alongside replicas of various shoes that he has customised for notable clientèle.

There are hints of a coffee table book being launched sometime this year, to great anticipation no doubt.

Before parting, the inevitable question from me was if he had been to Kuching?

Yes, was Dato’ Lewré Lew’s reply before adding, “You have a beautiful green city, very ideal for de-stressing. I would love to visit it again.” 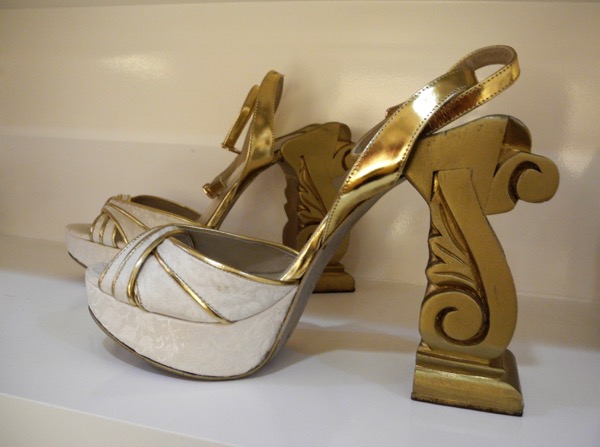 Statement shoes of the Madame de Pompadour collection, the launch of which was officiated by Datin Seri Rosmah Mansor at Eleganza Paris in 2014. 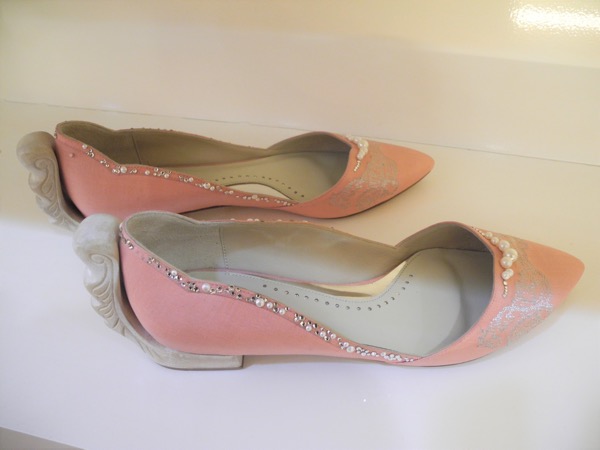 Pink flats from the Madame de Pompadour collection, with fabric uppers using hand-woven Songket from TANOTI and exhibited in Paris. 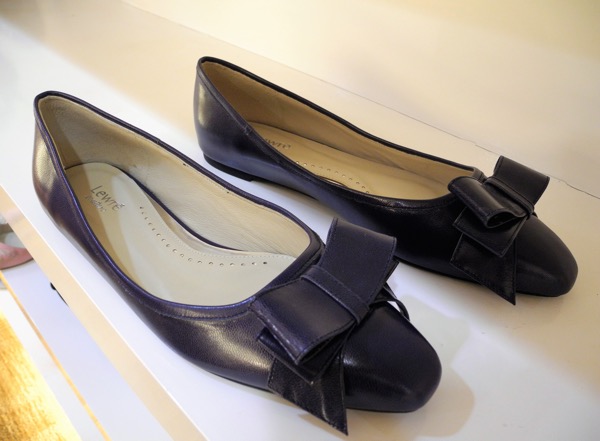 In 1997, Jimmy Choo was to deliver a pair of V-cut flats to Princess Diana but it was never to be worn by her. Following the tragic incident, he gifted the mold to Dato’ Lew. Coincidentally, HRH Kate Middleton, Duchess of Cambridge shares the same feet size as the late Princess and the mold was ideal for creating a pair that was gifted to her during the Diamond Jubilee visit. Named ‘Putria’ for princess, the design was inspired by Kate’s sophistication and in deep blue to reflect her sense of poise. 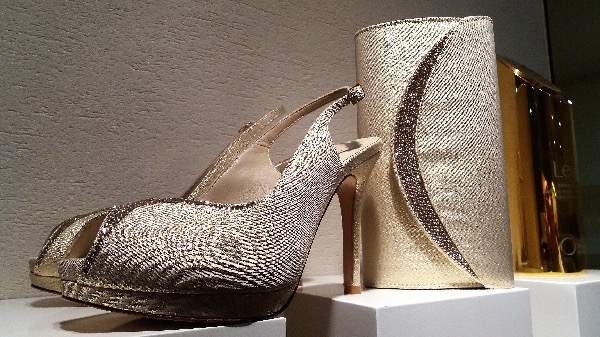 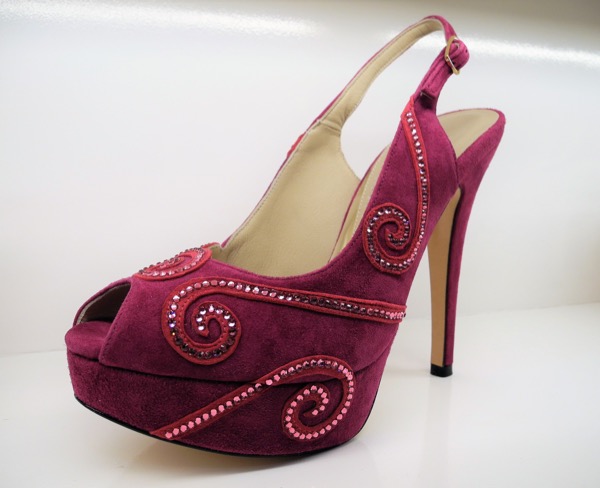 For more information on Lewre:

Discover the world of Lewré Bespoke
from your email inbox